Why charging your EV at night might be a bad thing

Charging an electric vehicle at night may be cheaper for those on a TOU (Time Of Use) utility rate when the price per Kwh is least expensive, but may not be best for the environment. More specifically, areas that rely heavily on coal-fired power plants tend to be the worst areas for charging at night. 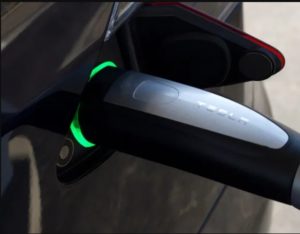 Research has shown that charging at night generates significantly higher greenhouse gas emissions. During the day, there are mixed sources supplying the grid such as wind and solar power. At night, utilities like to run on coal power only. “A recent study found that an electric car charged by utilities at night in the regional grid that stretches across Ohio, Delaware, Pennsylvania and Virginia creates more greenhouse gas pollution than if owners plugged in their vehicles at random times throughout the daytime, when the utility fuel mixes are more varied.” (1) “For now, if you live in a coal-heavy region like the Chicago, Washington, D.C., Philadelphia area, delaying charging until late at night can cause more harm than good.” (2)

In the journal “Environmental Research Letters”, a study authored by Jeremy Michalek et al, concluded that charging at night was not good for the environment with current technologies. “We looked at how power plant operations would change in response to electric vehicle charging load, and we modeled emissions from those plants and their downwind air pollution consequences for human health and the environment,” Michalek explained. “We found that charging late at night reduces power generation costs by a quarter to a third, largely by shifting to cheaper coal-fired power plants. But the extra emissions released as a result can cause 50 percent higher costs to human health and the environment.”

“As coal is phased out and the grid becomes cleaner, the emissions implications of charging at night will be mitigated,” he said,  “and the benefits of late-night charging for the electricity grid may be good reasons to delay charging.”

Overall the benefits of electric vehicles still far outweighs traditional gasoline cars, the amount of greenhouse gas due to EV charging is still less than that of gasoline powered cars.

Sometimes a visual representation helps to understand the effects of coal powered power plants on health in the US. 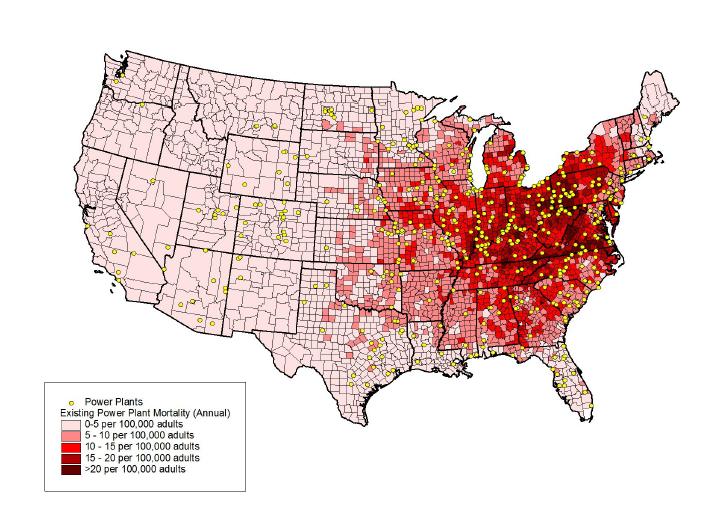 Many Tesla owners have bought their cars in an effort to do the right thing for their health, and for the health of the planet. What we can do is support legislation that will bring clean energy forward. The health of the planet and all its inhabitants should not be a political discussion, but it is.

Other things that can be done to help; invest in solar panels for your home and use battery storage to store the solar energy generated during the day for nighttime use. Energysage.com  is the best resource to learn about solar. At the moment, there is still a 30% federal tax credit which is a substantial savings in initial cost. Many states and local utilities also offer incentives. In Arizona, my electric bill is very high in the summer, low in the winter, and averages about $200/month. For no money down, I discovered I can get a solar system on a 12 year and after the math is done, I have $60 a month in my pocket. In addition, there is net metering which allows me to sell the extra energy I generate back to the utility, this will put additional money in my pocket. Another benefit is the added value to the home resale value, which varies by region.