The Entrepreneurs Of The Tesla Community

Innovation tends to promote innovation.  Ever since Tesla started selling cars in 2009, people have been finding ways to enhance them. Like an oak tree’s influence in its fertile environment, many startup businesses exist today because of Tesla. Enjoying the experience of their cars, some owners saw one way or another to make that experience even better.  For themselves as well as for others.  This became a phenomenon of Tesla owners becoming entrepreneurs.  And this series is dedicated to sharing their stories.

If you’re like me, you’ve been inspired by Elon Musk’s own story – starting with very little, living and working long hours out of that apartment in San Francisco, and not only creating a great car but opening the door to a more viable and exciting future.  That same entrepreneurial spirit is present in the Tesla community and those are the stories that I want to share with you here.  If you’re a typical Tesla owner, you love your car, and you might even find just the right accessory to give you more of the experience you’re looking for.
One article will be published each week on this site and I welcome information about any individuals or companies that fit the criteria described above.  Here’s a list of companies I’m currently aware of which will be featured:

Tesla Bros – started with stickers for the door unlock button

3tray – A center console tray for the Model 3
published

If there is anyone who should be included in this series of articles please send a message, details at bottom of this article.

For those who are thinking about starting a small business for Tesla related products and accessories, we have some legal advice from an expert.

John Tran who describes himself as an EV Patent Attorney Covering Biz & Legal News on Twitter was kind enough to provide some insight for anyone else in this community wanting to start a new business:

“Although there are limited scenarios, where you can use another’s trademark (i.e. logo, slogan, or word) without prior permission from the trademark owner (i.e. parody, fair use when describing the product/service or for educational uses etc…), the general rule is that if you are “commercializing” or “monetizing” the use of another’s trademark without permission then there exist a potential for legal issues. Thus, the use of the Tesla logo for “commercial” purposes without the prior written consent of Tesla may constitute trademark infringement and unfair competition in violation of federal and state laws and it might “supercharge” (see what I did there?) a legal headache for the unwary.

The only way for any 3rd party seller to legally use Tesla’s logo without worrying about potentially being in trouble would be to get written authorization from Tesla to do so (i.e. become an authorized reseller or licensee etc…). It’s really as simple as that. Just because a trademark owner has not sent you a cease and desist letter does not mean it is ok to use their trademarks without permission and you run the risk of the trademark owner eventually suing you for infringement and seeking remedies that include recovering monetary damages against you and also getting an injunction to stop you your actions and even seizing or destroying any infringing goods.

Is it possible that Tesla may not attempt to enforce its trademark rights against unauthorized users or may not care? Yes, that possibility exists but do you really want to run that risk? Bottom line: Ask for permission first rather than apologizing later.”

John Tran can be found on Twitter at the following usernames:
@patentjohntran and @teslaesq

Any potential new Tesla owners can get free supercharging by using the following link and referral code wade34296
ts.la/wade34296 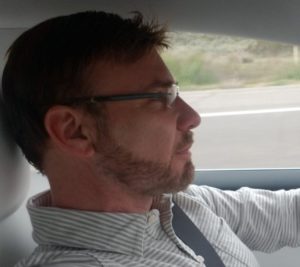