Spotlight: The Adventures of Starman

A couple of months ago, I received a message on Twitter from My Tesla Adventure who said he wanted to give me a gift. He told me he had just published a comic dedicated to the Falcon Heavy launch and I was so honored and humbled, so of course, I said yes. It came in the mail with no problem all neatly packaged and I felt like I was being given one of the most precious treasures of all time.

And I was. You see, this lovely limited edition comic is more than fan art–it captures history in bright colorful pages. Eli captures all of the moments that people are still talking about. In February of 2o18, I didn’t see the Falcon Heavy launch. I didn’t even know about it until after I had started following Elon Musk and barely begun to interact with the Tesla and SpaceX community. So I missed the live launch.

I have caught up on the videos, but My Tesla Adventures brings that sense of antipitation mixed a tad bit of fear then the headrush of “OMG I can’t believe he just sent a car to space!” moment that everyone must have felt while watching the launch live. 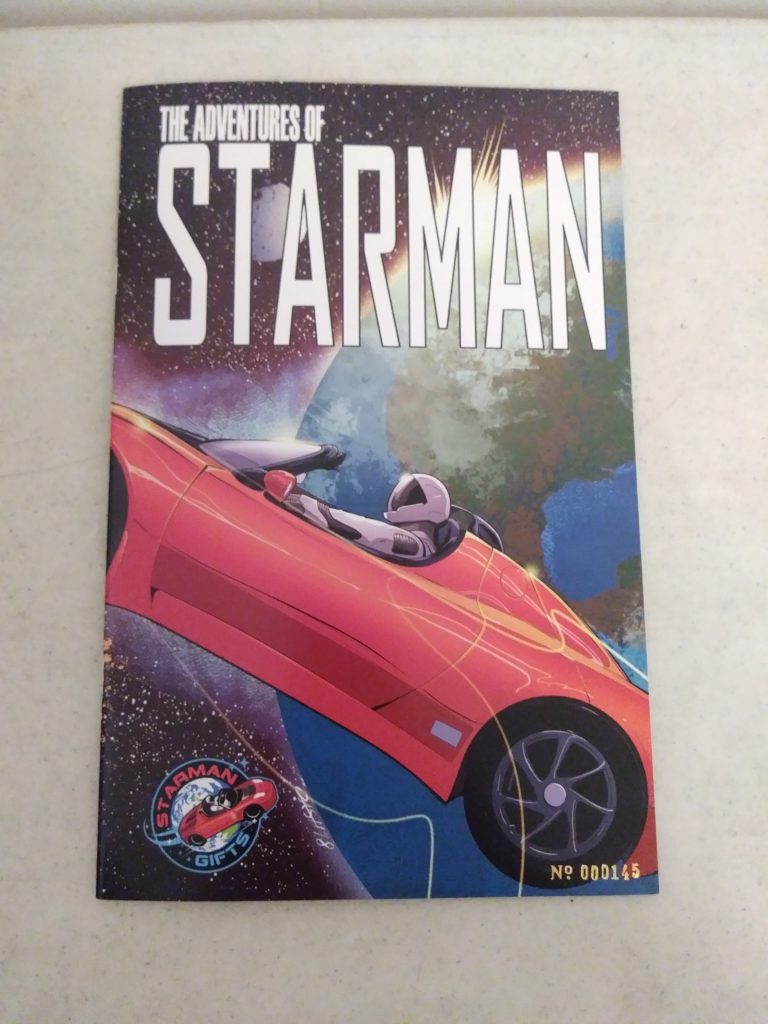 The Adventures of Starman is placing the moment of the Falcon Heavy launch into your hands to relive any time you wish. It’s a great gift for anyone who loves space, technology, Tesla, SpaceX, and Elon Musk. It’s also a limited edition comic and I was gifted #145 and yes, he signed it.

To bring these adventures to life and into your hands, Eli partnered up with Dash Martin who has also worked with both DC Comics and Marvel Studios.  In November, CleanTechnica did a feature article on The Adventures of Starman, and you can read it here.

If you haven’t, I encourage you to support Eli and grab your own copy before they are all gone. The Adventures of Starman is a limited edition copy and once they are gone, that’s it. Just imagine passing this down this moment of history to your grand children. Get your copy here.